If you spy a sea of odd coloured blue hoodies…. it’s not a mirage… you are witnessing some of the 65,000 of my closest friends that attended AWS re:Invent 2019 last month in Las Vegas.

I’m not a builder, so the content of this event isn’t really designed for me. It targets all of the developers and technologists that actually create the VPC’s and the application workloads that operate in them. My focus is more about what value do the users of the AWS cloud receive. Those users include decision makers at every level of the organization as well as the developers (builders) *themselves.*

What was cool? Well with 175 services now available, I certainly won’t go into them all but there are some that really stood out for me:

You don’t have to be developer or in the dev group to understand the value of automated code review. Amazon has used their own data, including hundreds of thousands of code reviews performed on their own code internally as well as open source projects, to train their model. The result? Automated code review… in the quest to automate almost everything!

There’s even a promise to identify the most expensive lines of code… presumably so you can make them less costly!

Thinking (hoping) that this results in not only higher quality code but also an increase in code review velocity. Its in preview now.

Probably my favourite surprise: AWS branded ponchos showed up in the pouring rain on Wednesday at the shuttle stops. Getting inside while dry… priceless! 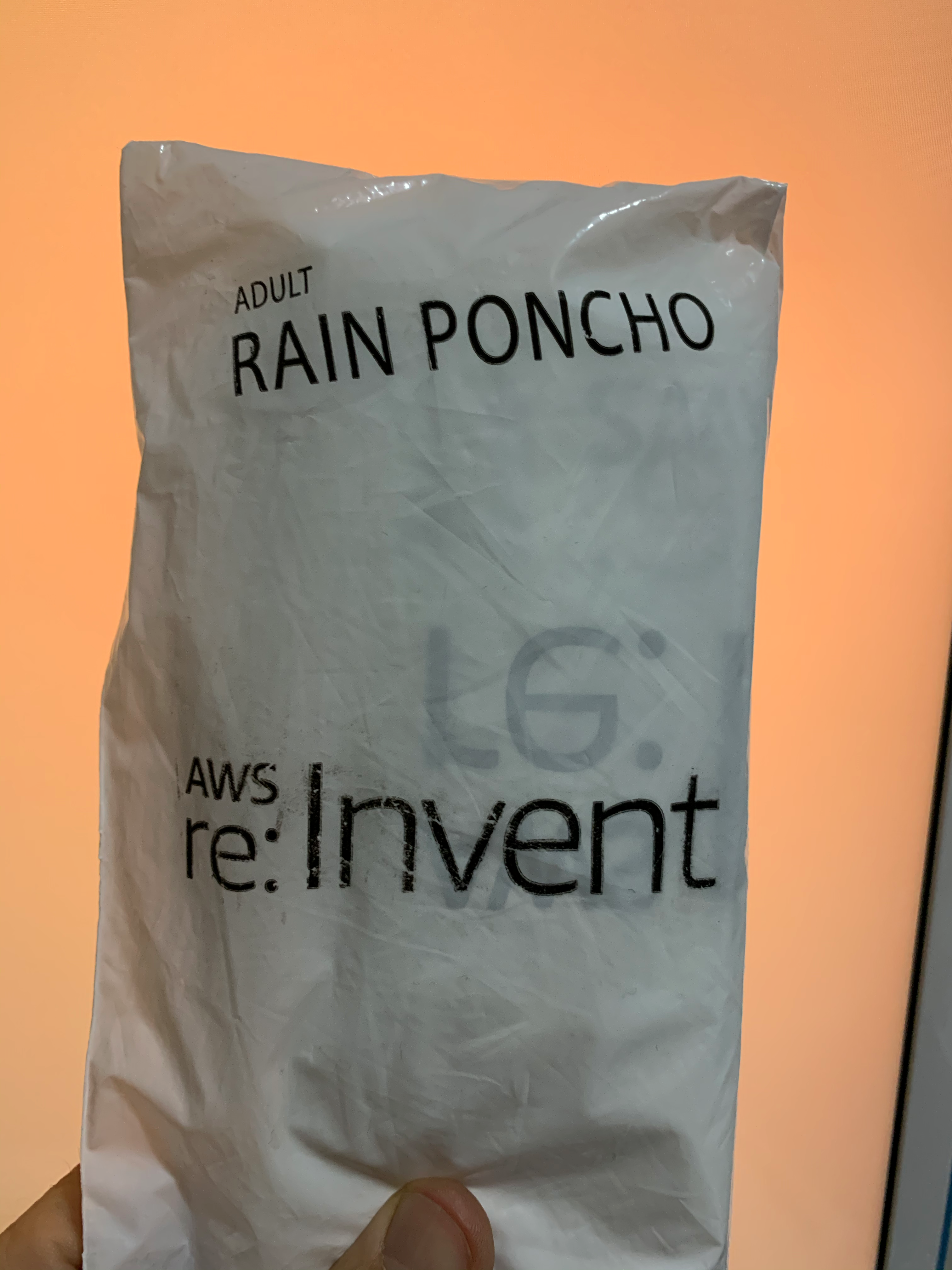 Certainly the highlight of the event (for sci-fi fanboys like me) was the sneak preview of Episode 1, Season 4 of The Expanse. Complete with Expanse swag and the Habanero-Sarala and Kamal-itov cocktails.

The Expanse series was rescued by Mr. Bezos and team after it was cancelled by SYFY back in 2018 and will debut on Amazon Prime Video on December 13th. 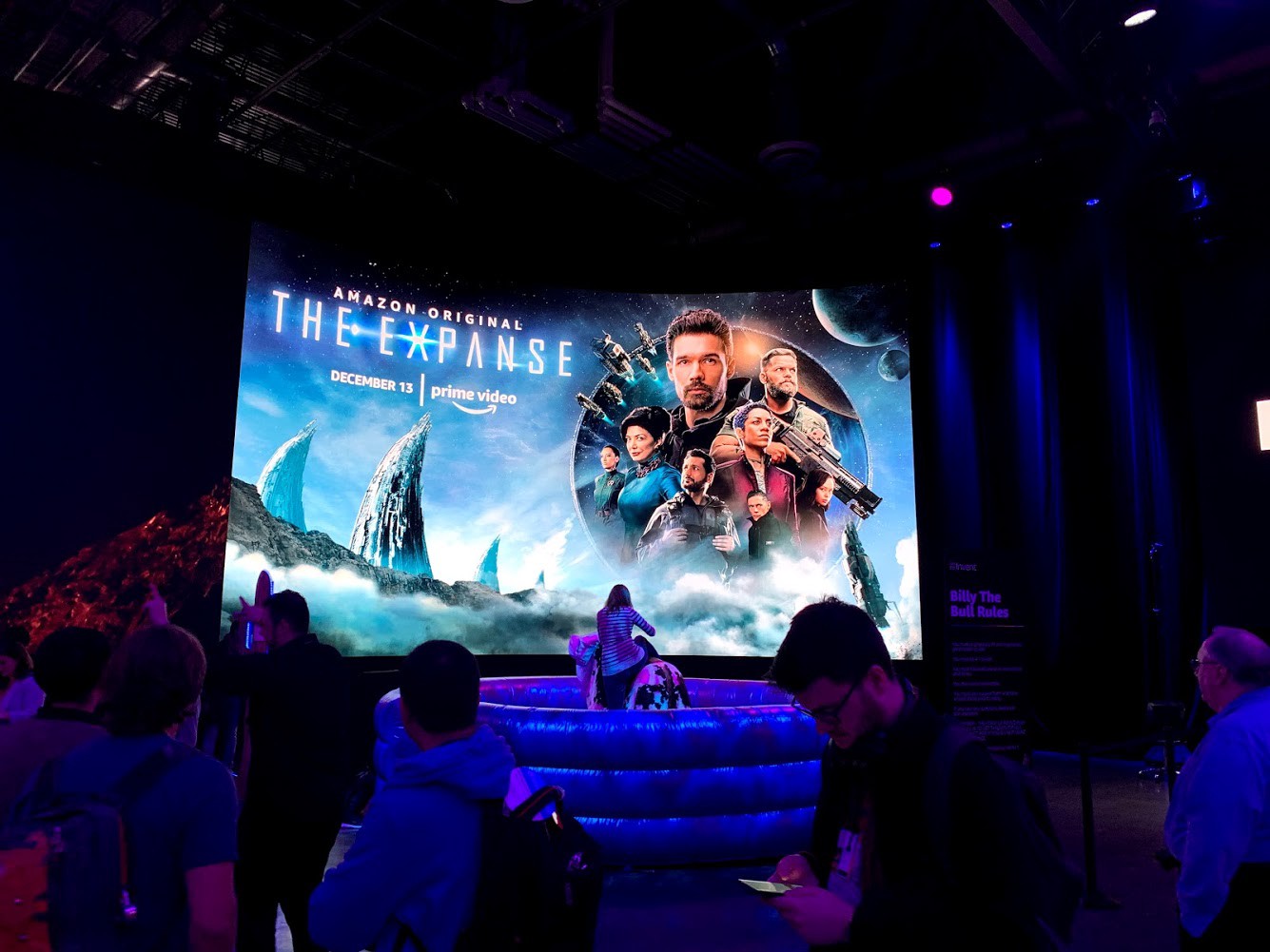 Even bull riders had to watch

Great to be part of the gang who enjoyed every minute while standing… (maybe it was just a big daily scrum)!

If you’ve ever wondered what it means to be a MSP in a cloud world? This was a must attend session and here’s a snippet of the session: (apols for the low quality shot) 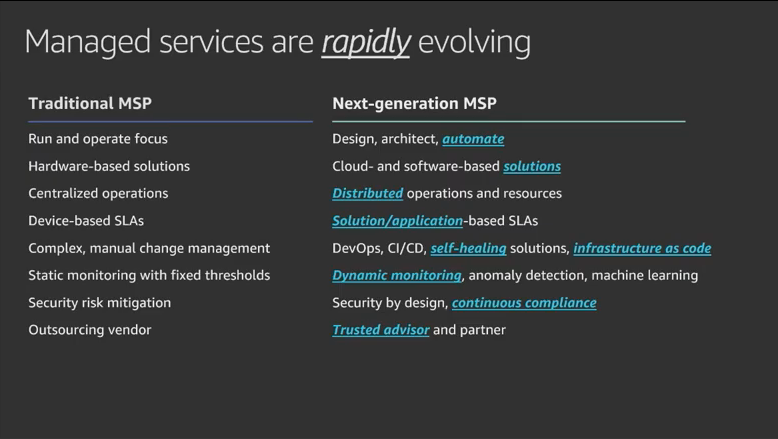 Slide from the Next Gen Managed Services Session

If you missed it, here’s the recording: https://youtu.be/PWQYMJjJu_o

OpenSource Data??? Well maybe not quite, but an aggressive step in the right direction! The more participants to this stellar offering, the more powerful it will be… and a lot of organizations like Reuters and Dun & Bradstreet have committed already.

3% of the world’s IT spend is on cloud… wow, lots of opportunity and especially around application assessment tools where Andy was advocating many times over that to make an impactful change to your business, make a mass migration(transformation) to take advantage of cloud-native benefits and services.

Thank goodness for recordings… you can catch up on those great sessions that you weren’t able to make. AWS re:Invent 2019 Recordings

8. The Mainframe is alive and well… and moving to the cloud

The average mainframe customer has 21 million lines of COBOL code, 10 petabytes of data and 36,000 MIPs to migrate to AWS. Why not leverage the experiences of others with best practices and patterns?

New this year was an excellent addition to the shared conference space, *quiet conferences. *One theatre, 3 sessions, pick the headphone colour to match you speaker. Voila, total focus with no extraneous noise. 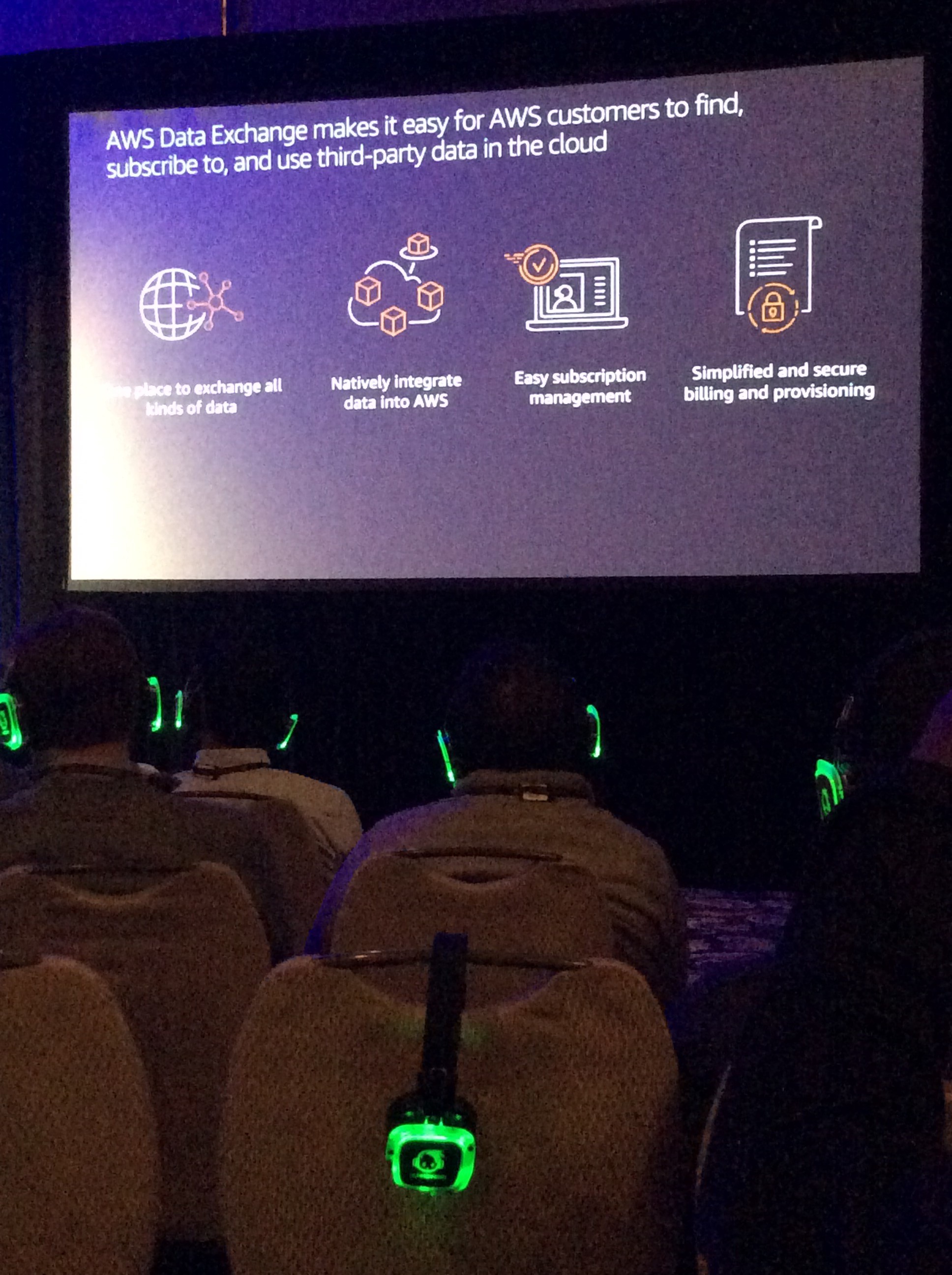 I would like to see more business-oriented sessions next year with some repeats of the popular sessions. Since there aren’t many of these sessions yet, they’re often full very early meaning laggards like me are missing out.

The not so secretive database freedom plan is still in full swing… right down to the promotional socks… that’s them on the right! 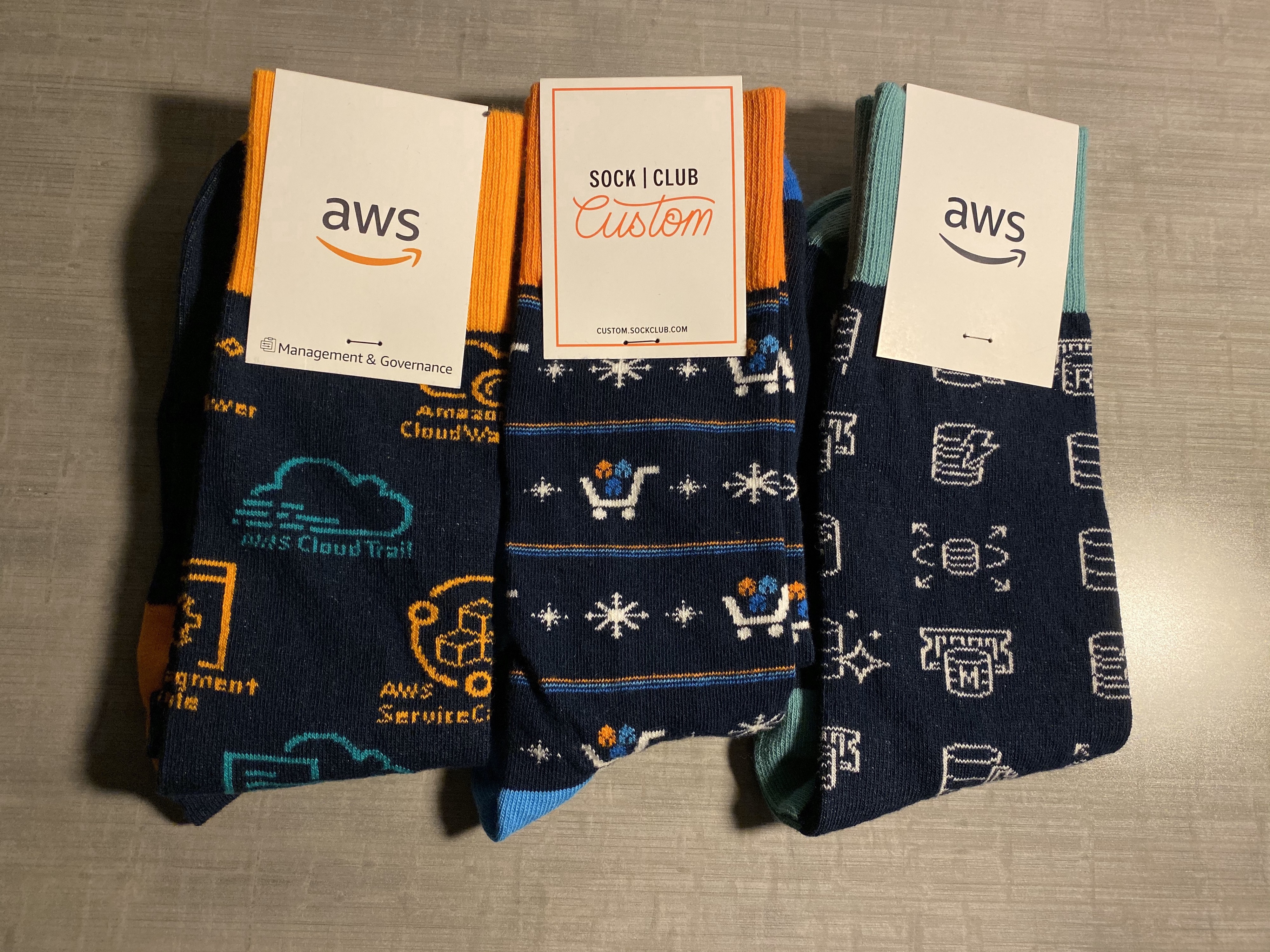 Thanks for the pic https://medium.com/@jenoyamma

I never cease to be amazed at the orchestration of the shuttles and both the delivery and quality of the food… keep it up guys!

Until next year! (I hope to be recovered by then)

Jason Hurlbut,
Chief Value Hacker — TidalMigrations.com
Because your voyage to the cloud relies on data…